I Can't Write About That

I'm playing with short little autobiographical strips! This is strip #2!

Tools: Sable brush and Photoshop CS2
Posted by Salina Trevino at 12:49 AM No comments:

I'm playing with short little autobiographical strips! This is the very first!
Based on a recent morning. ^^

Tools: Quill pen and copic marker
Posted by Salina Trevino at 12:45 AM No comments: 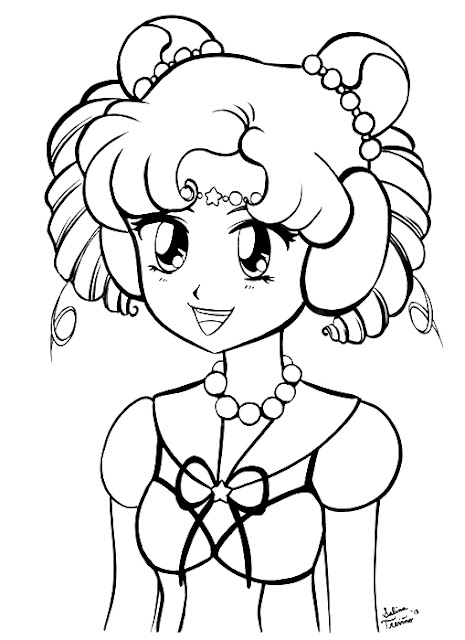 Posted by Salina Trevino at 8:38 PM No comments: 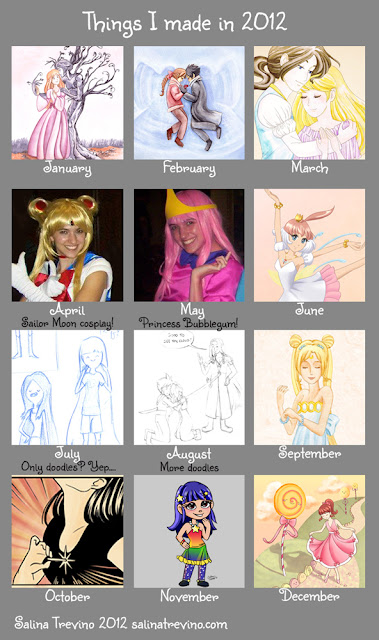 Doing this grid was a cool way to put the year into perspective! It all feels like such a long time ago already!

April and May were entirely consumed by costume making. This has been a trend of mine for the past couple of years... I should start posting my costumes on this blog, shouldn't I? They really are very pretty! Lots of hand-painted details, jewelry crafted of metal, clay, and resin-- and sewing, of course! :) This year's costume is very low effort, so there will be plenty of time for drawing!

I didn't turn up any completed projects in July or August! Oh no! During July, I was a comic teacher's assistant for the summer youth program at the Minneapolis College of Art and Design. I did a lot of sketching and reading comics during that time.

The fall was my most productive season in 2012. Maybe what they say about northern weather affecting productivity really is true. If you're not able to run around outside, you might as well be running around in the fields of your imagination and MAKING stuff! ^^ I also sold artwork at three conventions during the fall. They provide nice, solid deadlines-- versus my flexible, self-imposed ones.

This year, I'm kicking off with a handful of comic strips! Mystery, mystery~! I'll post them soon. ♥
Posted by Salina Trevino at 8:32 PM No comments: